Time Dilation, like many other things, was a thought, Albert Einstein had. His work was highly influenced by two of the genius scientists namely Isaac Newton, and James Maxwell. Einstein never said ‘everything is relative’. By that, he meant ‘velocity is a property that relates the condition of two objects together; that there is no absolute velocity.’ James Maxwell while working on electromagnetic radiation devised that speed of light is fixed. Einstein’s relativity also sets the speed of light at 300 million meters per second.

Einstein one day while going off from his work, had a wild thought about time. If the speed of light is universal, a person at that speed will notice the field of vision change drastically, but at the same moment will experience that time for him has slowed down. This thought blew Einstein’s head. Either Law of Motions had a blemish or speed of light is not a universal constant.  Though Einstein was able to resolve this conflict by devising that space and time are two parts of the same thing. Together they make up space-time where every action takes place. The fast space moves, the more time slows by for it. The center of a gravitational object always has time to run slower, meaning they bend space more.
Time runs faster in space and slower at here on earth, and even slower at the center, with a very tiny unnoticeable difference.

Time dilation explains why two working clocks will report different times after different accelerations. For example, at the ISS time goes slower, lagging 0.007 seconds behind every six months. For GPS satellites to work, they must adjust for similar bending of spacetime to coordinate with systems on Earth.

This is a wild thought, but it’s true. Every clock is affected by time dilation, a classic wall clock, a digital clock, or even a precise electromagnetic clock. All of them. And yeah, your biological organs also slow down, you are now older at some point, and younger at some another point.

Thank you for reading this post. Please refer to subsequent links to learn deep into time dilation and other stuff discussed over here.

Some particles with their antiparticles listed are:

You may also refer to PhysicsNet for more details about Particles, Antiparticles, and Photons too.

The Student Blogging Challenge (SBC) has started this month, from 6th of October, I will be writing posts relating to SBC. 😄 The first assignment of this week from SBC is to create an avatar and to write a post about it.

This is my avatar! I have created this avatar on this website and it resembles my real look.
I have chosen the pale black/greyish color as my T-shirt, as I like black/greyish outfits personally. I like to wear plain, simple cotton shirts, as they are pretty light and comfortable for me. I actually had the same shirt as this avatar, which was also my one of the favorites.

In the avatar, I have plain, simple hairs, personally I don’t like long hairs, so I usually cut them out when necessary. I have my own specs, which I take special care of. I have an overall nice and simple face outlook, with a small, smile right there. My objective is to remain calm even in situations of trouble, thus a smile best resembles me.
And that is my overall avatar, I can’t make it look as perfect as I look, but I have tried at my best to make it look like that.

Well, that’s it for the first week of challenge from the SBC! I can’t wait for the next week! Comment down your views below. Take care. ^_^.

WITCHES AND GIANTS
The man in the Moon may be fiction, but there is a witch in space! The Witch Head Nebula is in the constellation Eridanus, a safe distance of 900 light-years from Earth. With her hooked nose and pointed chin, she glows blue in the reflected light of Rigel, a bright supergiant star.

EYE SEE YOU
Shown in infrared light, the center of the spiral galaxy NGC 1097 looks like an eye. A small companion galaxy is caught up in its arms on the left.

STARLIGHT
Pismis 24 is an open cluster of stars. It contains three of the most massive stars ever observed. Stars are still forming in the glowing nebula.

F-ANT-ASTIC
The ”body” of the Ant Nebula is actually two lobes of fiery gas ejected from a dying star at speeds of up to 1,000 km (600 miles) per second.

BUBBLE BLOWER
Young star HH 46/47 blows out two jets of warm gas. The jets have crashed into the dust and gas around the star, forming huge bubbles.

SQUARE-EYED
The Retina Nebula has an unusual cylinder shape, appearing square from the side. Hot gas escapes from each end, and dust darkens the walls.

JUMBO JET
Looking like a tornado in space, HH 49/50 is a jet of churned-up dust and gas ejected from a young star (off the top of the picture). It is appx. 0.3 light-years long.

I have been reading about this for a while now. I watched a video on YouTube (Kurzgesagt) about this and now I am here to express my views on what could be a massive topic (from point of view for an alien). Where are all the aliens? You should know that alien doesn’t always refer to intelligent lives, it can just be a bacteria somewhere on other planets in the galaxy. However, intelligent lives on other planets can be a thing to reckon with. The universe is appx. 13.8 billion years old. Our galaxy is almost 13.51 billion years old. And then comes our mighty Earth, which is probably 4.543 billion years old. So, according to this time scale, there should have been enough chance for intelligent life to develop in the galaxy itself. But do we see any of them? Do we have any strong evidence of intelligent life in the galaxy? No, right.

One thing I always think about is that there would have been enough time for intelligent life to grow, develop and fade over this period. So, maybe we would have already missed an intelligent life in the galaxy, and we may be on our own in the path of fading as well. What I think is possible is that nature has made it look like already. Intelligent civilizations grow, expand, and then vanish away. This may be the rule of this mighty universe. No civilization can grow beyond this. This is what we call a filter. Or a Great Filter, yeah that. We may have passed away many of them, but a few last and probably undeniable filter is waiting for us, to fade away.

Or, maybe there is some kind of GOD civilization in the universe, which is enough advance in itself that they can cultivate, nourish and then kill other civilizations themselves. So is this possible that some GOD civilization has cultivated life on Earth, they are nourishing it in some manner without us knowing it, and one day they will kill us in a bang, still without us knowing it. Maybe, who knows. Humans don’t know anything, saying this just because, we don’t even know if what we think about The Fermi Paradox is correct or not. Whatever no one cares.

You can watch these Kurzgesagt videos for a piece of more interesting and detailed information about what we have discussed here.

Also a quick note, that I am participating in EduBlogs Student Blogging Challenge 2019, starting from October 6, 2019. 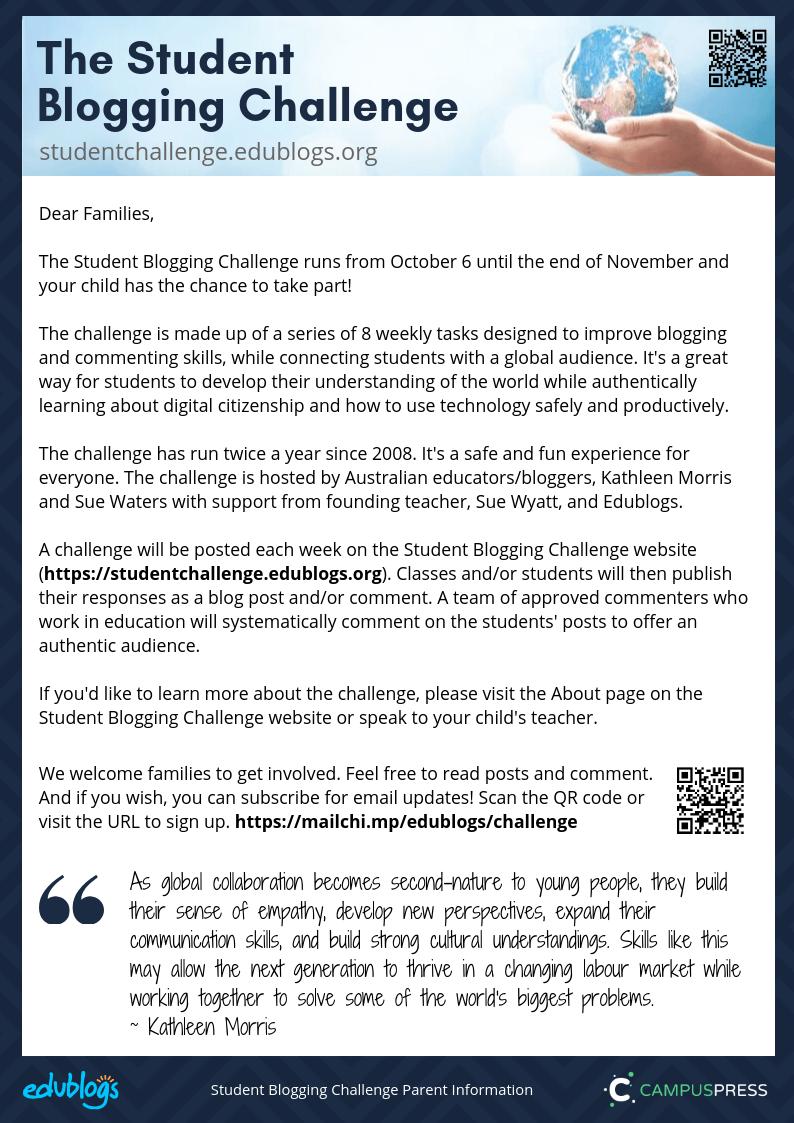 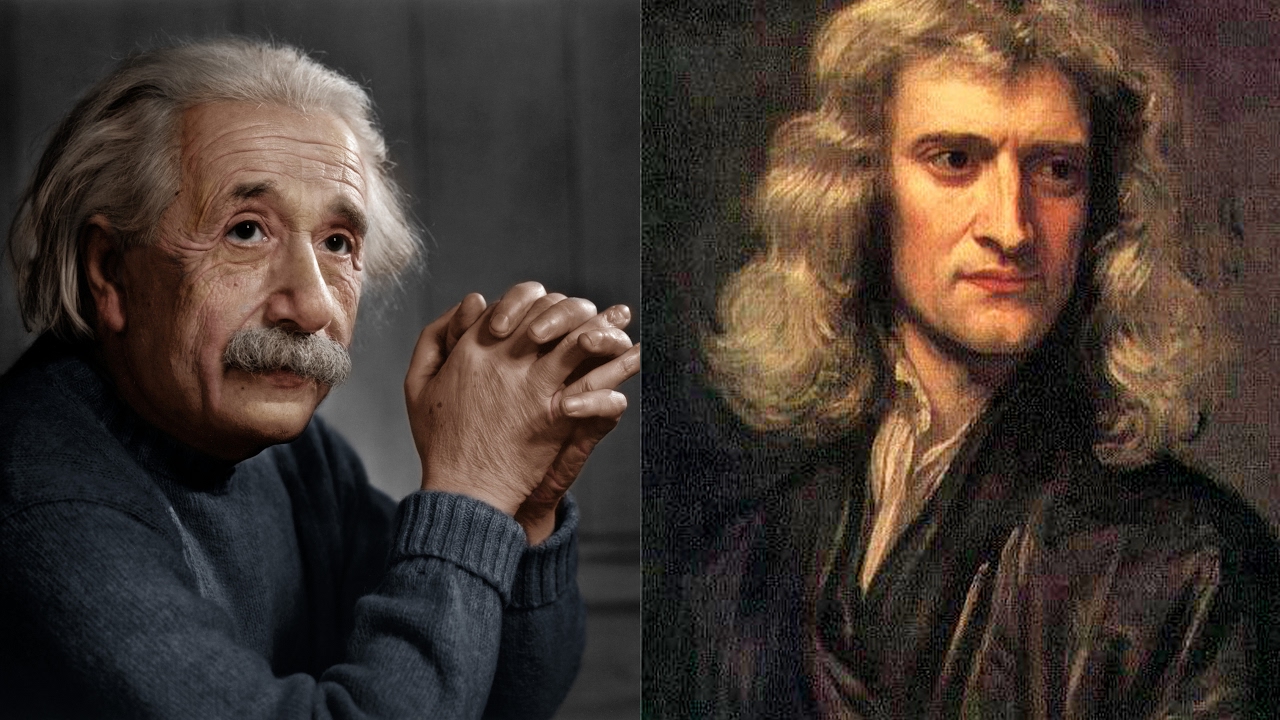 For a very long time, like from my teenage, I believed Albert Einstein as the greatest physicist who ever lived. But a lot of times, I came across people who either disregard this fact or just say “Einstein works are made upon the work did by others”. I didn’t know for a lot of time that Newton didn’t invent the calculus himself. I still don’t know the actual thing or the controversy about that, but it may help you. Also while discussing this with a few of my friends, I came to understand that you can’t say that a particular person is greatest just with his works, you have to consider his ideas and how did they affect the world. Here is an excerpt from what my friend quoted himself in the discussion.

I think this really makes sense, or not? Well, I don’t know. But still, Isaac Newton had worked a lot in the field of mathematics and his contributions are more than just ideas that affect the world. Without him, Einstein wouldn’t have been able to work on gravity himself and derive furthermore new ideas. Also got to know from a friend that, Einstein was named by the TIME, the most important person of the century. Well, that makes sense this time around. My other friend said that Newton has worked in a lot of fields. Yeah, that’s true. He laid to the foundation for many things.

Well whatever the things are, I believe saying “The greatest physicist of all time” for Einstein and saying “Newton contributed less to what his counterparts did” for Newton are both wrong. They were the inspiration to a lot of people, other physicists, and yeah, their work did help a lot and is helping the modern-day people. They both were the greatest of their times, and yeah, they were, for sure.

That’s one small step for a man, one giant leap for mankind.

On 20th of July, 1969, MANKIND saw human being for the first time ever, stepping on the soil other than that of EARTH.
Neil A. Armstrong, Commander; Michael Collins, Module Pilot; Edwin E. “Buzz” Aldrin, Lunar Module Pilot, went on a mission that shaped the future of Space Exploration that everyone saw coming after Neil A. Armstrong became the first human being ever to step and walk on an alien land for the first time ever. He with Edwin E. “Buzz” Aldrin were the first humans to walk on the MOON. They spent several hours there, collecting samples, clicking pictures, and most importantly leaving behind a plaque in commemoration of the historic event.
Apollo 11 effectively ended the Space Race and fulfilled a national goal proposed in 1961 by President John F. Kennedy: “before this decade is out, of landing a man on the Moon and returning him safely to the Earth.”
It was a huge-huge achivement in the process of exploring space beyond any leaps and bounds. People all around the world gathered to view this historic event on the television.
It was a huge inspiration for the further missions that took place. “This mission also directly indicated that the moon is now in the reach of humans, meaning we now have set eye to explore more about life in space.”
All the three astronauts came back home on 24th of July, 1969, safely landing in Pacific Ocean. They were welcomed like stars in the country as people awaited them to share their experience with the world.
On the occasion of this historic aniversary, relive that moment from the words of Michael Collins, Module Pilot, in this very-very special doodle from Google.

On the 50th aniversary of the Apollo 11 landing, I wish everyone, go celebrate this historic day, with proud that humans are now ready to set foot on MARS, and to make it another GIANT LEAP FOR MANKIND.

Thank you, and cheers (ALL GIANT PEOPLE OUT THERE).